Blindur is the project of the songwriter and producer Massimo De Vita.

Blindur won many musical prizes like: Premio Bertoli, Premio De Andrè, Premio Buscaglione, Premio Discodays, critics’ award and premio AFI and best performance award for Musicultura 2020, best arrangement award for Premio Bindi 2020.
In 2016 Blindur was “Best new band of the year” for KeepOn magazine; in 2017 the debut album was in the top five of the best first albums for Tenco prize and album of the year for Losthighway Magazine.

Blindur is also in the cast and in the soundtrack of the film “Vinilici – perchè il vinile ama la musica”; the preview of the film was at “RIFF 2018 – Rome Independent Film Festival” and now available on Amazon prime video.

Blindur has participated with interviews and minilives in many radio programs such as Rai Radio1 Music Club, Rai Radio 1 Stereonotte, Rai Radio 1 Un giorno da gambero; Radio 2 Social club on Radio Rai 2; Zazà on Radio Rai 3; Tropical Pizza on Radio Deejay; Radio Popolare Network Minisonica and many many others national and local radio broadcasts.
Blindur was also guest of many television programs such as:
morning edition of the national TG 1; L’Italia con voi on Rai Italia international; Nessun Dorma on Rai5; 1Mattina on Rai1; the final show of the Musicultura prize on Rai2. 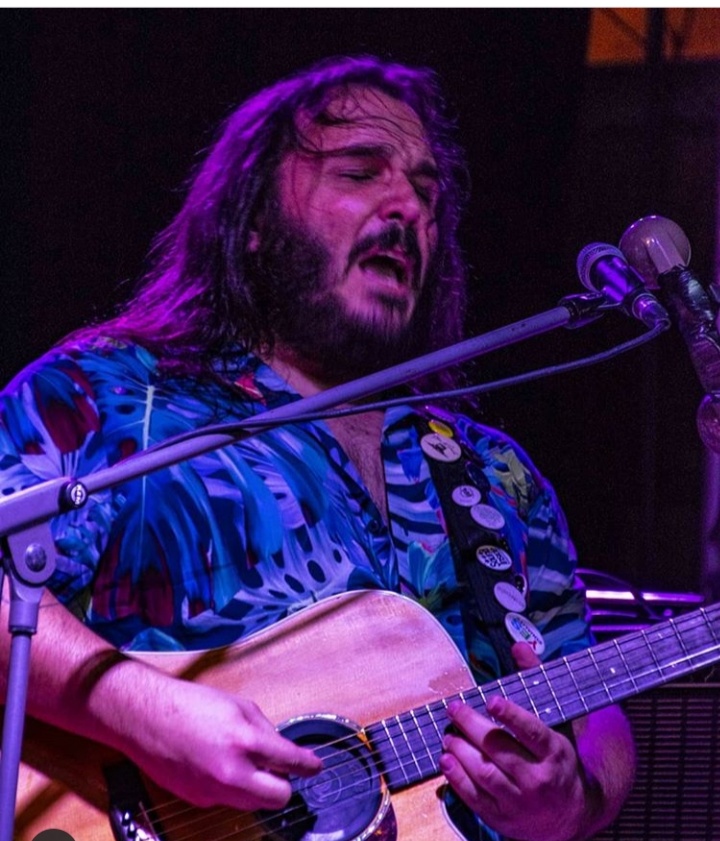 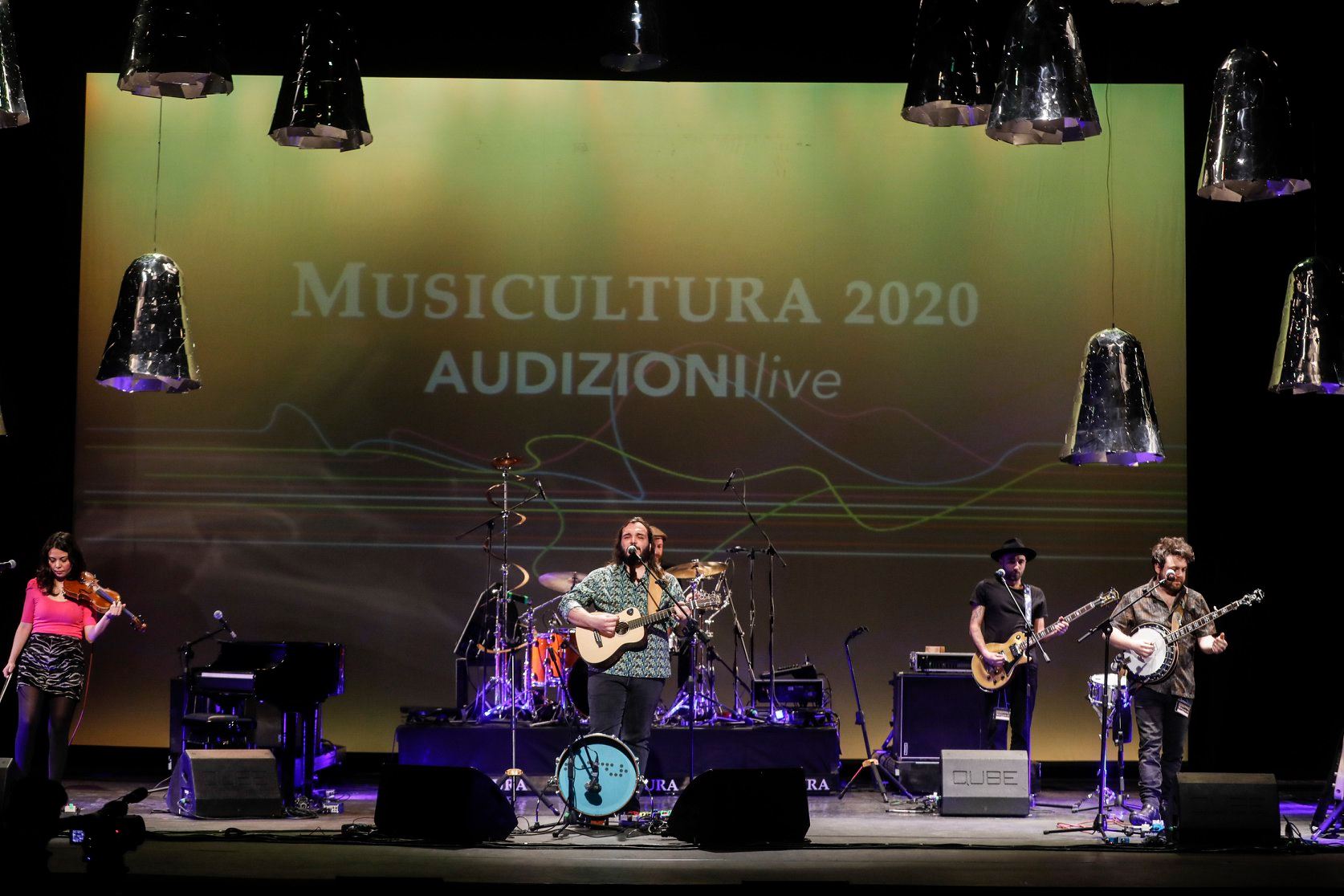 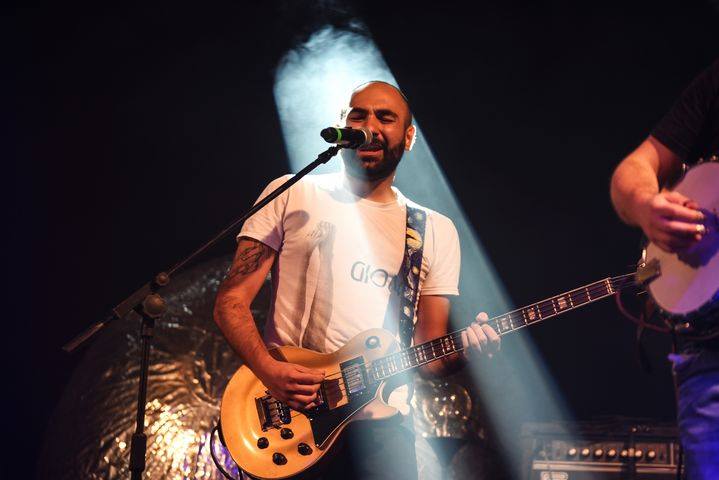 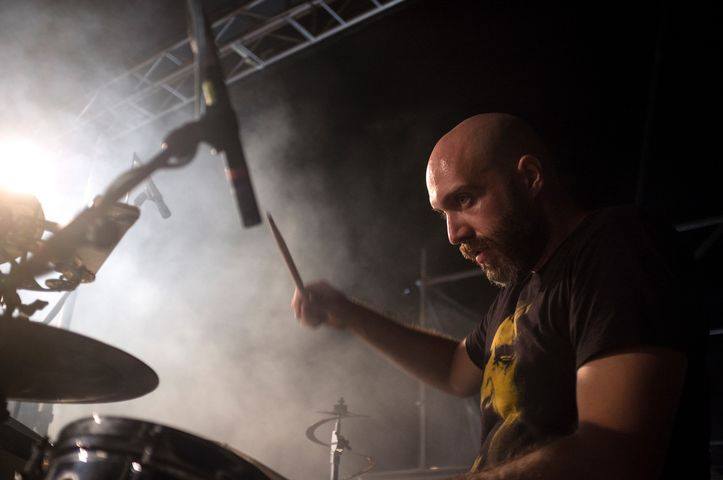 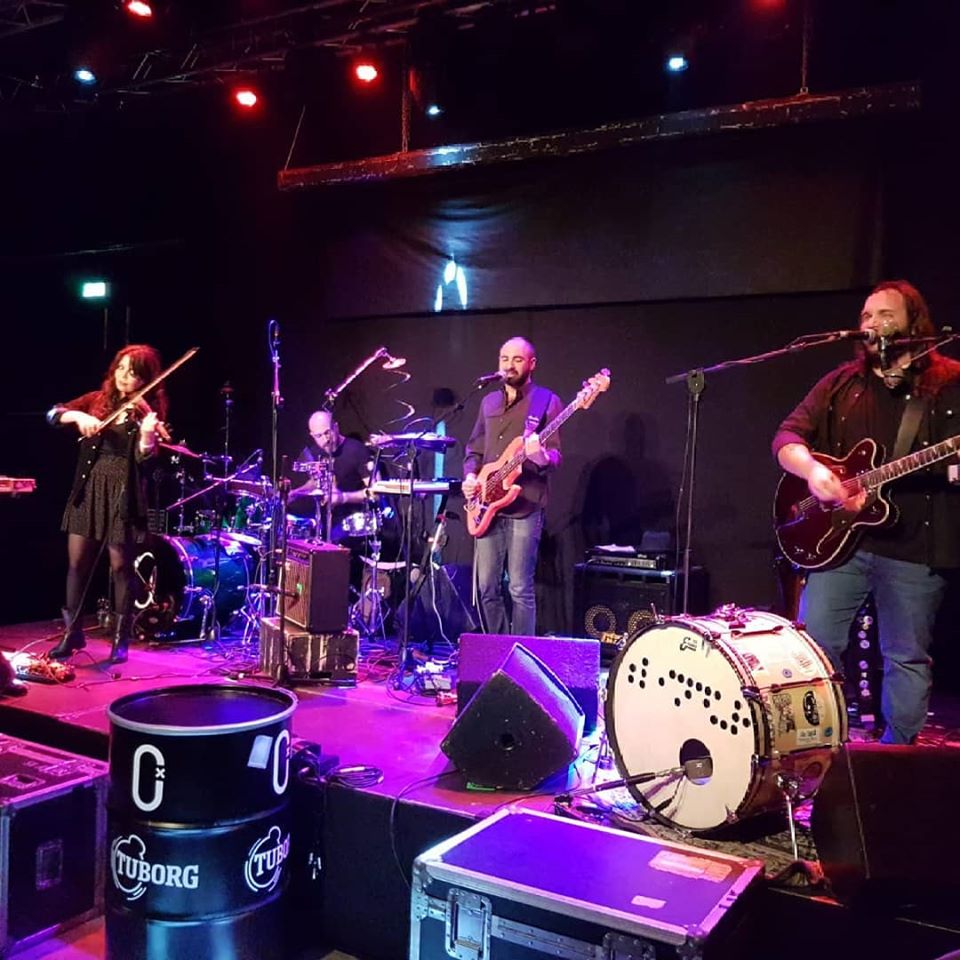 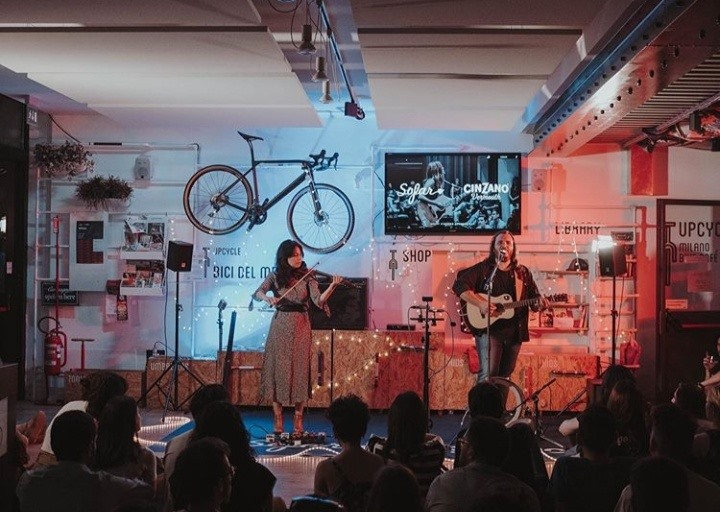 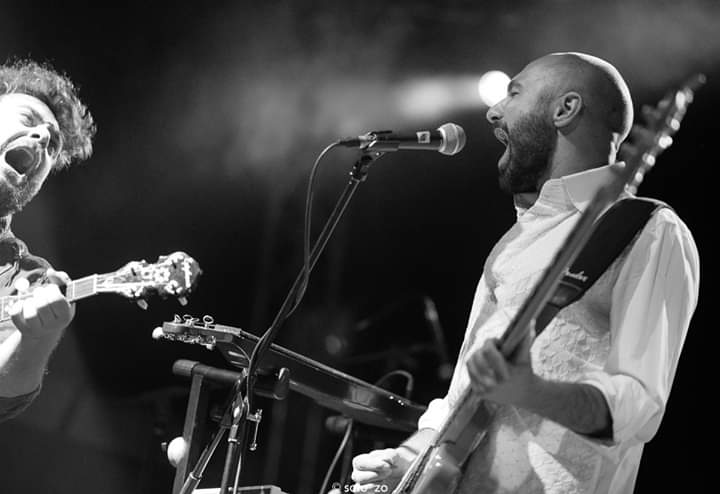 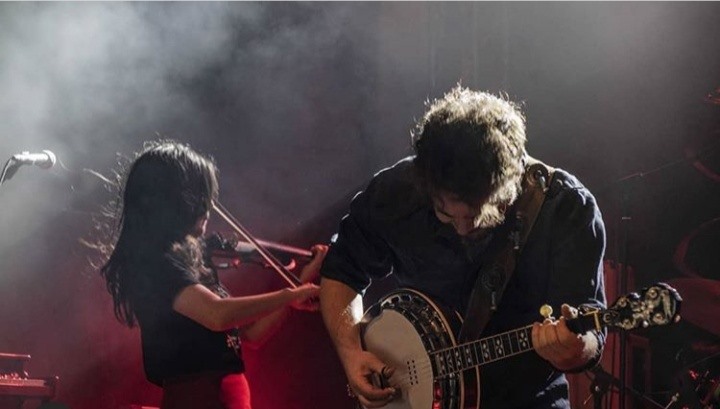 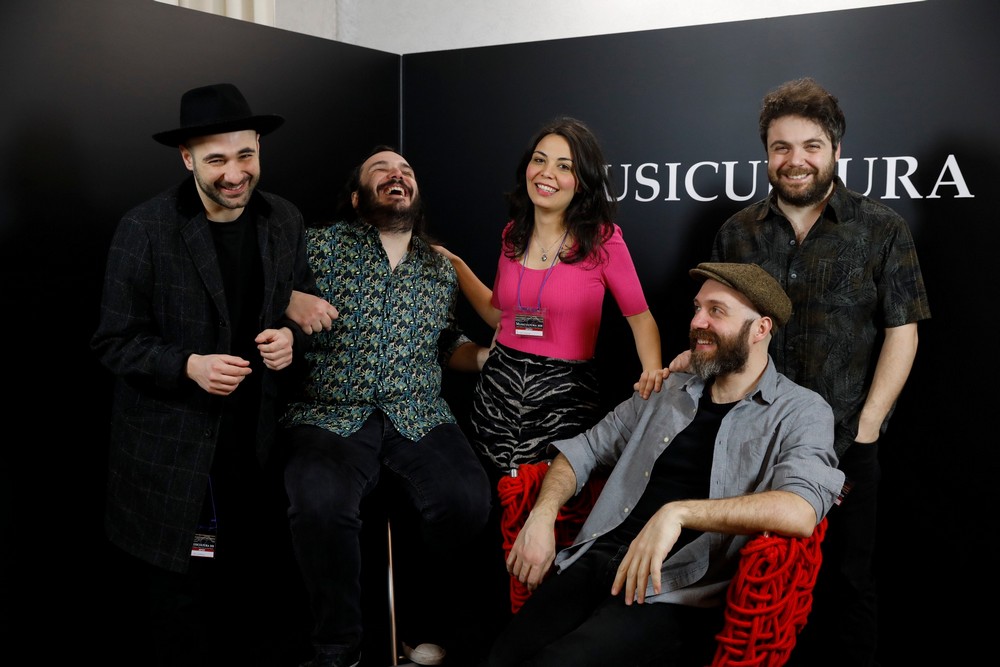 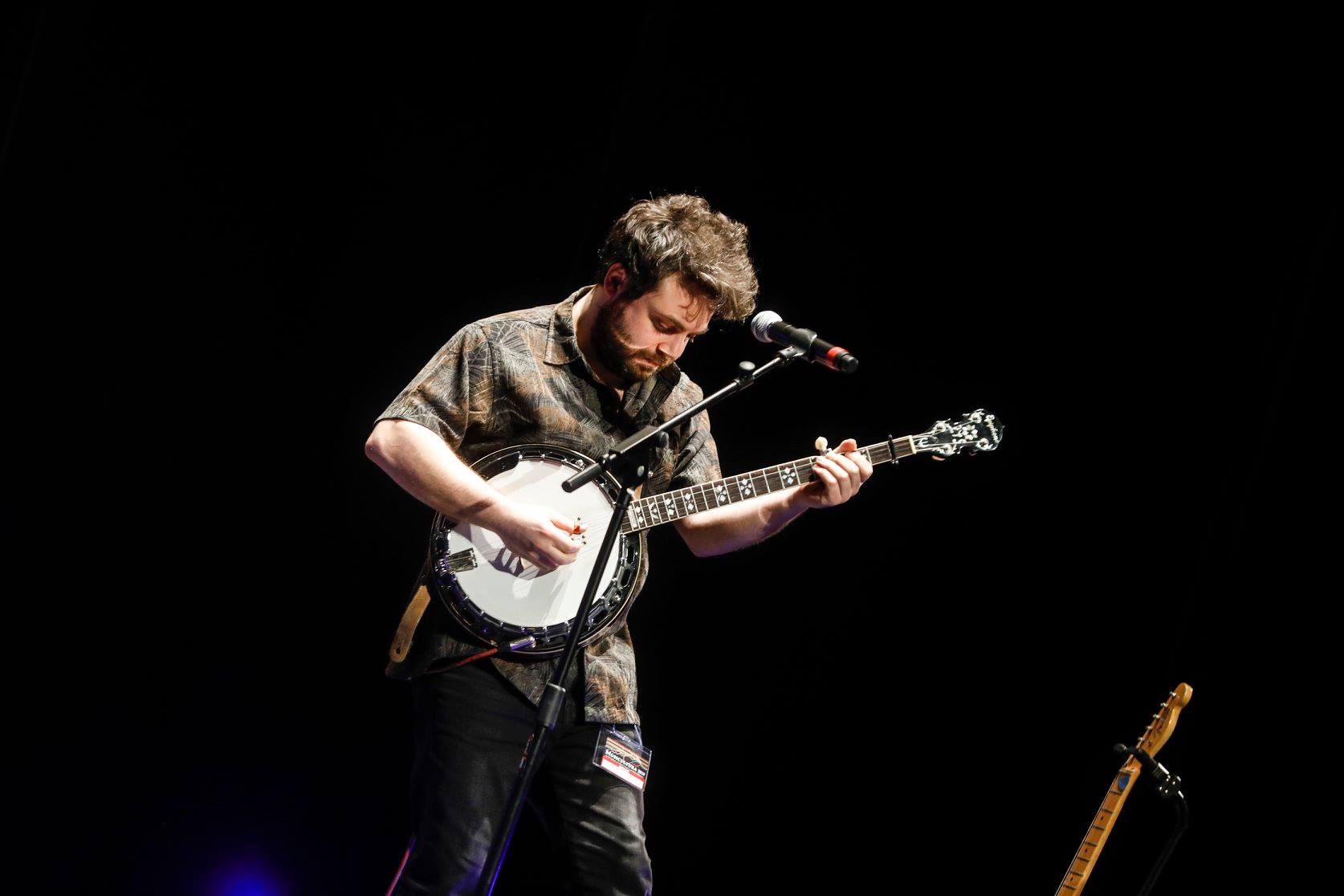 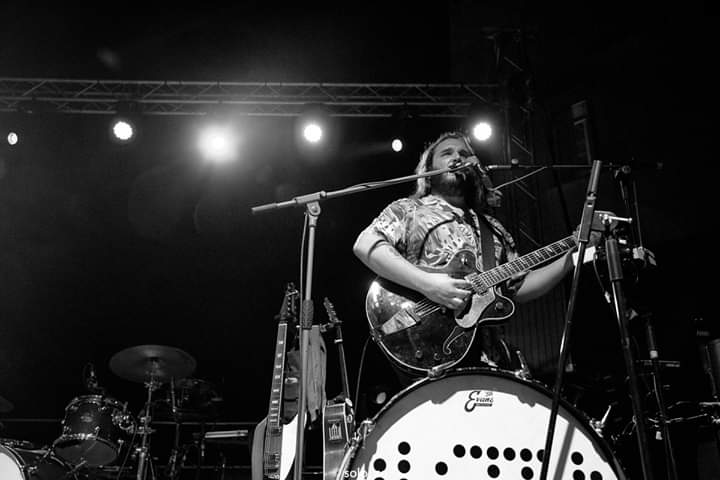 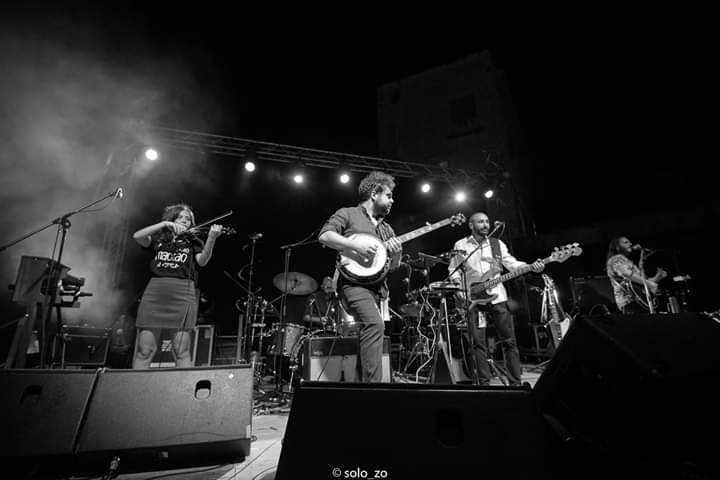 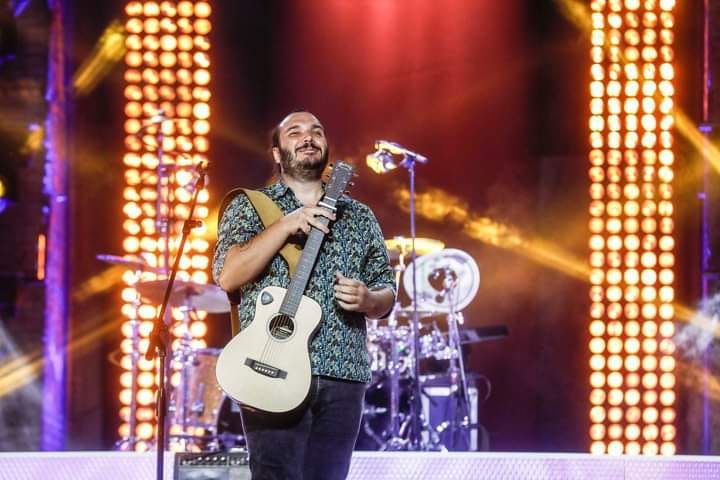 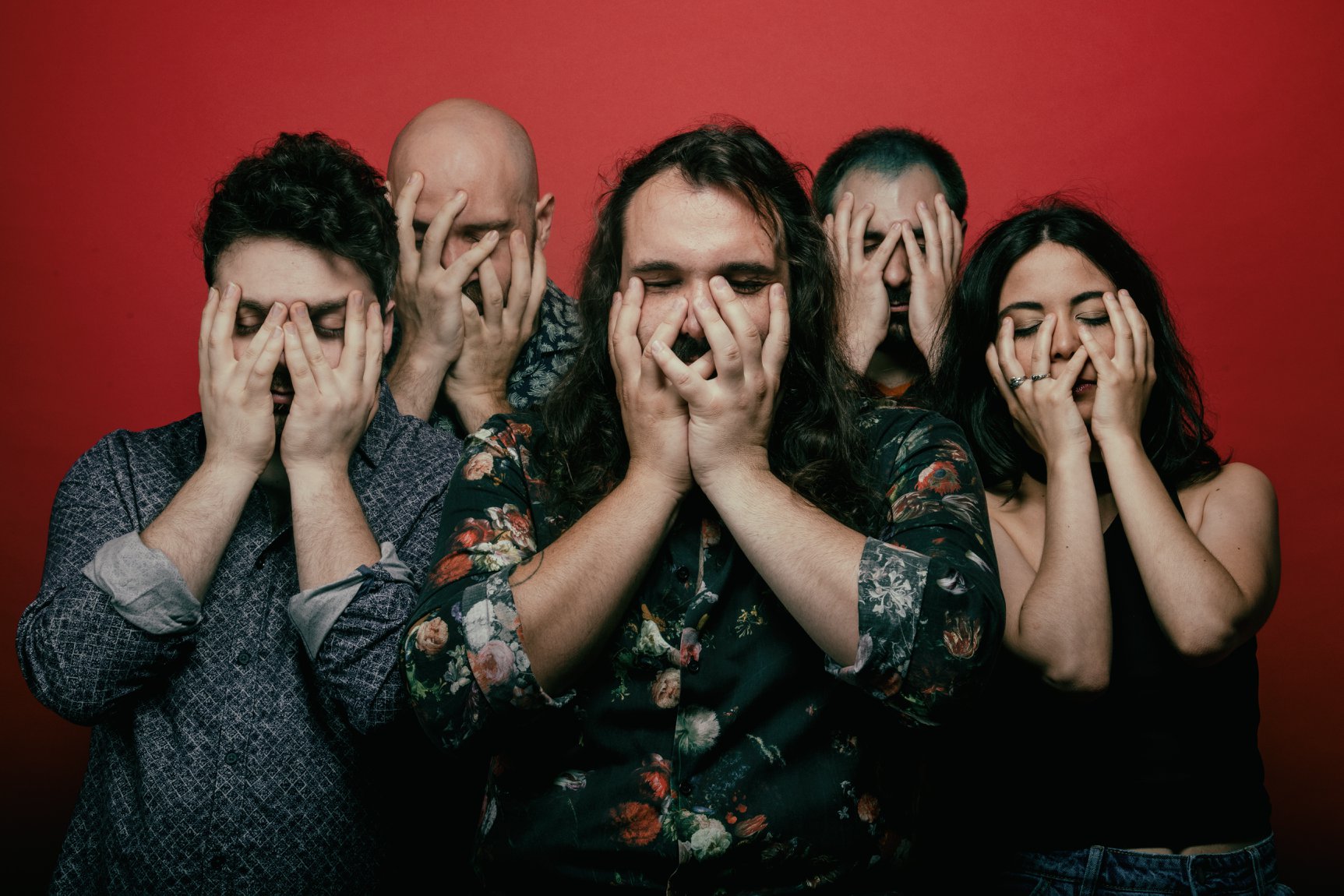 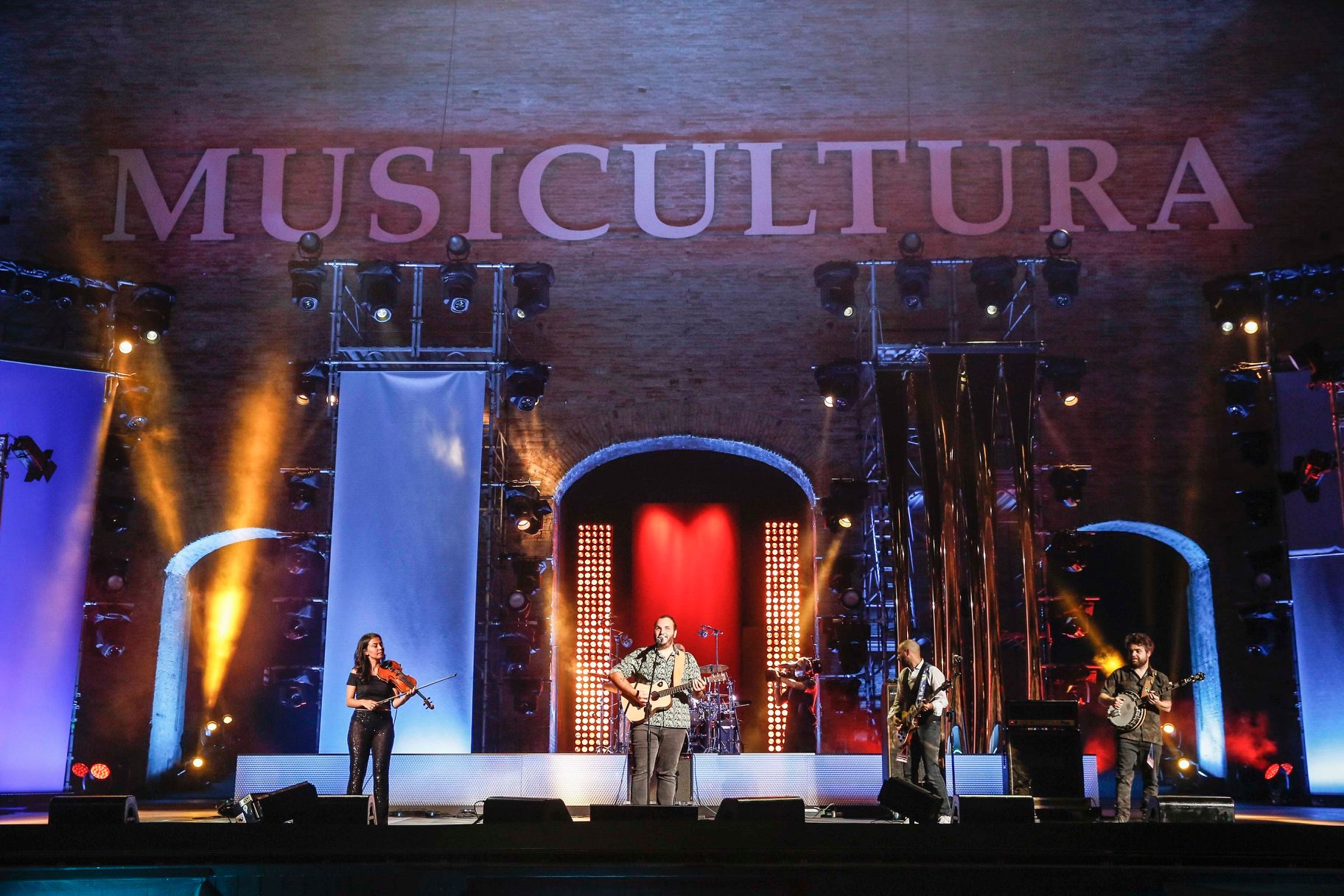 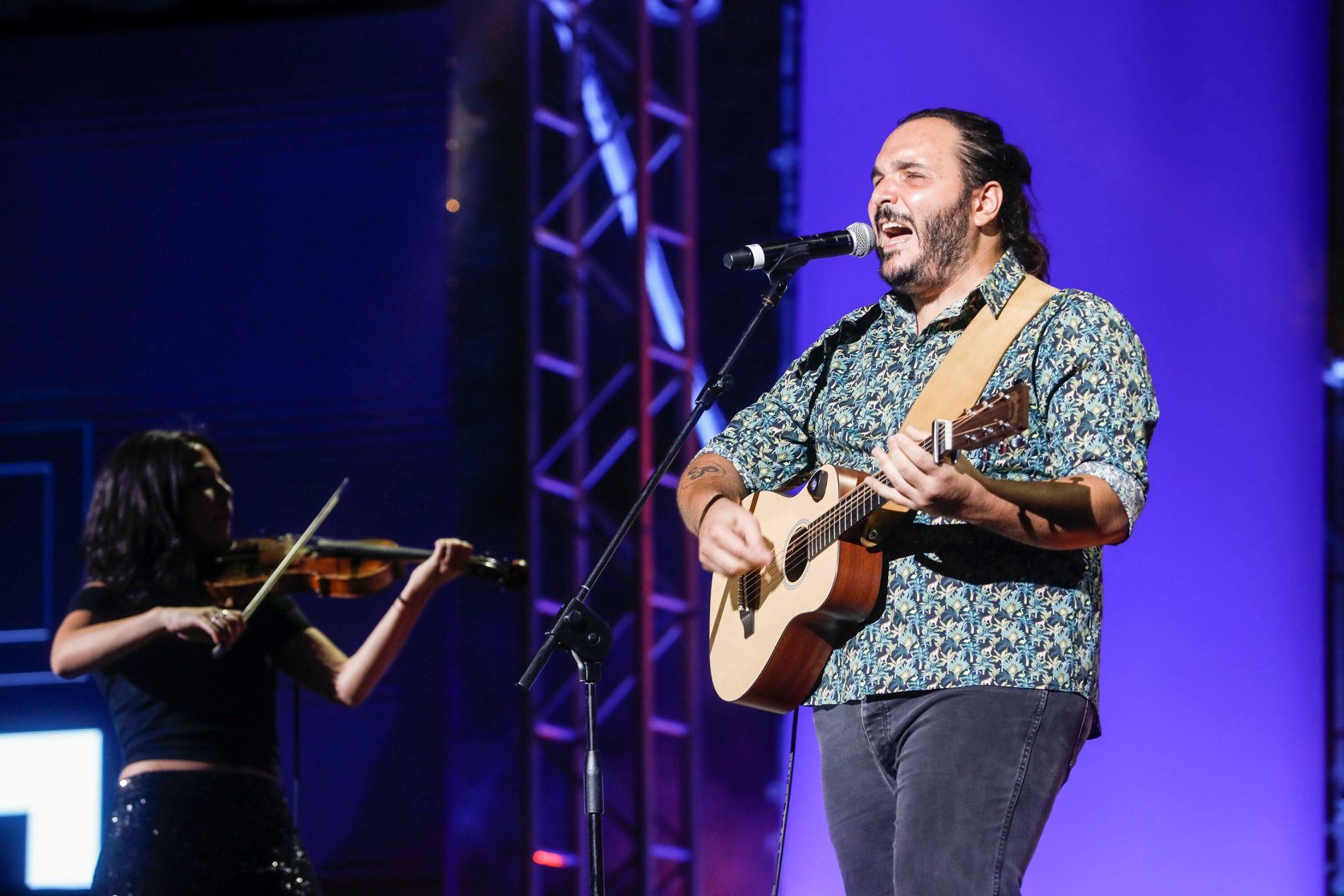 “Blindur presents the new album “A”, with the collaboration of Birgir Birgisson, sound engineer of Sigur Ros and Bjork. The influence of Iceland is clear in Blindur’s folk, alternative rock and songwriting sounds, an album that talks about darkness, fear, obsessions, pain but also light, courage, dreams”
La Repubblica ed. Milano, 03/05/2019

“It’s like a veil of lightness envelops equally profound messages, certainly no longer reassuring […] There are intentions like Bluvertigo in 3000x, diverted into a psychedelic ending. There is the Zen Circus folk in Futuro Presente, but there is still alt-country and place for songwriting reflections, research and experimentation. De Vita is a good writer and has its authenticity and candor.He is natural and, apart from references, it has his own character.”
Rumore, review by Barbara Santi 01/04/2019

“De Vita has personality, if not yet originality, he tells the generation that enters the thirty years, convinced, as his majesty Leonard Cohen, that if there really is a crack in everything, a light can come from there. Valuable for a blind person (which is the meaning of Blindur in Icelandic) as for those who presume to see well, clear and far. ”
Il Mattino (National Edition), 01/06/2019

“Blindur offers a music album with great sound impact. […] An alternative rock veined with folk and embellished with direct and corrosive lyrics that speak about an uncertain future, dreams, questions and poetic hope.”
Vinile, review by Michele Neri 01/05/2019

“The sound coordinates are basically unchanged, but it starts from the magic that made the first album the promise of something special […]. At times the dough brings us to the gang’s combative folk pop”
Blow up, review by Piergiorgio Pardo 04/07/2019

“”A”. The beginning. A new beginning? It is for Blindur, and perhaps it will be for every listener who will hold the new album in his hands. […] The melodies range from classic songwriting to the alternative, caressing folk, until they get lost in dreamy post-rock atmospheres. Everything comes as a fragmentation bullet. The posthumous outbreak does the damage. ”
Music.it, review by Matteo Butkovic 19/04/2019

“Theirs is a debut that stands out for authenticity, sensitivity, warmth and intelligence. Excellent first”
Rumore, review by Barbara Santi 01/01/2017

“They present themselves as the most plausible and happy Italian answer to Proclaimers. Contemporary folk songs, their own, composed and interpreted with the poetic inspiration of the best standard bearers of the genre and the genuine and contagious transport of the most close-knit couple of buskers. Much more than a good promise.”
Rockerilla, review by Elio Bussolino 01/01/2017

“The lyrics are the strength of Blindur. Transforming feelings, events, situations, circumstances into music is an art, a gift that few have.”
Rockol.it, review by Anna Gaia Cavallo 18/01/2017

“The rich and complex sound draws inspiration from folk, indie and post-rock creating a winning combination with the Italian songwriting and the use of traditional and modern instruments gives the duo a completeness certainly worthy of merit. Blindur is poetry.”
Loudvision.it, review by Ilaria Sutti 23/01/2017

“The Campania duo has many arrows in their quiver, starting from the lyrics – a span above the average of those who are heard around – and a mix of folk and post rock with well-articulated electronic veins and rich in details. There is everything on this record; from travel to night, from the burning summer to the scars of the past to the positive violence of the present.”
Musiccoasttocoast.it, review by Mario Ariano 12/01/2017

“One hundred and fifty concerts in Italy and abroad in twenty-four months, seven awards (including Bertoli, De André and Buscaglione), a record that has just come out and the new tour that starts on February 3 from the province of Pordenone. A good result for Blindur. They are two, Neapolitans, the other half is called Michelangelo Bencivenga, and for the mix and mastering of their namesake debut (La Tempesta label) they relied on Birgir Jón Birgisson, Sigur Rós’s sound engineer and producer.”
L’Espresso, interview by Emanuele Tirelli 22/01/2017

“Beautiful curriculum and various prominent collaborations, Blindur debut with a colorful and influential album, but basically pop, as Baustelle could play if they had folk in their DNA, and some more intimate shades that vaguely make you think of Motta.”
BlowUp, review by Bizarre 01/01/2017

“Massimo De Vita and Michelangelo Bencivenga, aka Blindur, publish a self-titled debut in which sincerity, enthusiasm and empathetic charge go hand in hand. […] Their folk is tinged with colors and vibrations that go well beyond the most superficial combinations. In Massimo’s words a lively and contagious emotion shines through.”
Rockerilla, interview by Riccardo Cavrioli 01/02/2017